9,862 books – until this morning, this was the current record for the “Most books toppled in a domino fashion”. This was soon to change when Sinners Domino Entertainment launched its new world record attempt at the Frankfurt Book Fair.

The aim: to make 10,200 books topple
In the night from Tuesday to Wednesday, a twelve-member team from Sinners Domino Entertainment created a setup containing 10,200 copies of the current Guinness World Records 2016 book in preparation for the new world record attempt at the opening of the Frankfurt Book Fair. The aim was to top the existing record of 9,862 books, which had been set by a team from Japan in mid-July. The project was organised in cooperation with the publishing house Hoffmann und Campe, Guinness World Records and the Frankfurt Book Fair.

Shortly after midday, Christine Westermann, the host of the German television show “Aspekte”, toppled the first book in the chain. It only took a minute for the chain reaction to travel the full length of its route. The Guinness World Records adjudicator Seyda Subasi-Gemici, who was responsible for checking compliance with the international regulations, declared the attempt to be a success immediately afterwards, confirming that all books had indeed toppled as planned.

Everything came together
“For all of the builders and employees who were involved in the planning and organisation of the project in recent weeks, I am delighted that we have been able to break the record. There is no better place to set a world record with books than at the Frankfurt Book Fair At the same time, the Guinness World Records represents the wide variety of crazy and curious achievements from all over the world like no other publication. It’s great that all of these factors have come together so successfully”, declared the co-organiser Patrick Sinner of Sinners Domino Entertainment after the event. 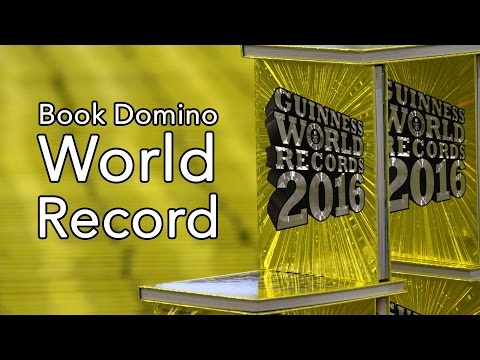 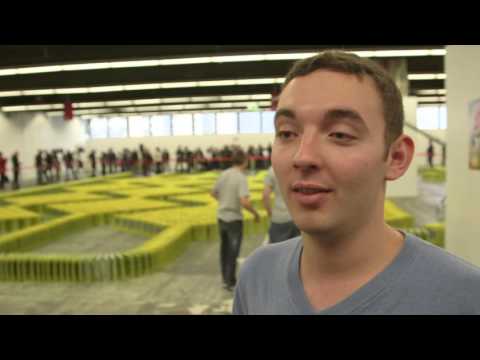 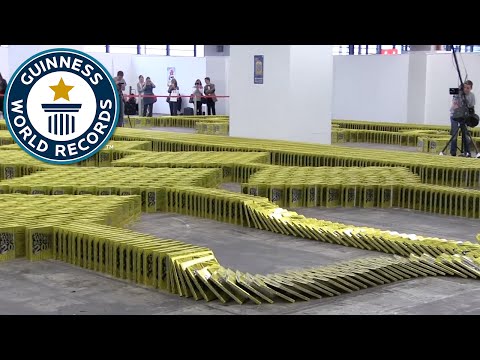